Kind of tolerant and kind of like San Francisco means a real hell for others. 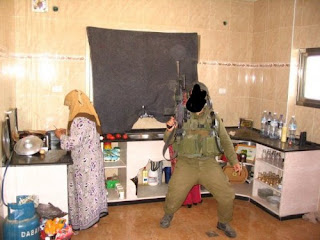 You can read in Jerusalem Post today that Lonely Planet has ranked Tel-Aviv as the 3:rd hottest city for 2011, and describing: “ Israel's most international city as hedonistic, tolerant, cultured, and a truly diverse 21st-century hub.”

And then comes the common way to explain for us how hot and sizzling it is, by comparing it to another international (read western) city, by calling it:” "a kind of San Francisco in the Middle East."
What I love with Pink Washing, is that in all its aggression to really make us understand how liberate and sexually free Tel-Aviv is, its still this wonderful insecurity weaved into all this.
If u writes “hedonistic” and put the word “tolerant” next to it.Does it mean that Tel-Aviv is tollerant to my hedoinism or that Tel-Aviv is tollerant in general? If a city already is hedonistic isn't the tollerance obvious? I think it's fishy already there. And after that the ever so wonderful, “a kind of San Francisco”. 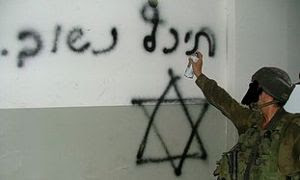 All this shows to me that Tel-Aviv is kind of Hedonistic and kind of like San Francisco. So in between all this, “kind of “what is lurking? What is hiding in the “kind of”?
Maybe that a few miles away the country of this “tollerant, and truly diversed” city is un-tolerantly and treating part of its diversity like animals.
I think these pictures really show that it is no pride in occupation. 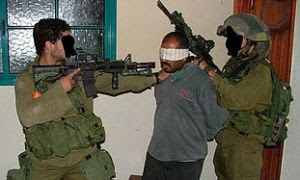 Pictures from "an Israeli NGO that collects testimonies and photos of troops who have served in the occupied territories" Read more on the blog Water in Majorca.
Upplagd av a of arabia kl. 07:43