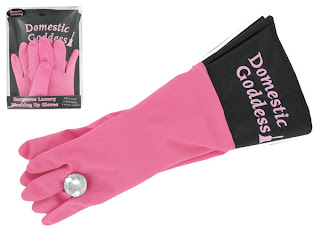 I was at my favorite gay bar in Beirut last night. This bar is very frequented by tourists. The music was pumping, the Halloween decoration was hanging down from the ceiling. I sat with my friend who is the owner of the bar and drank my favorite late night drink, Arraq.
All of a sudden a big and noisy man with maybe a little bit too much to drink entered the bar. He was happy and loud and wanted Arraq like me. He kept on asking if me and my friend were a couple so we started to play along. He wanted us to kiss and touch each other in front of him, and asked if all of us could have a three some. I got amused by his way of consuming me and my friend as an object for his desire, so I started to talk about Beirut and sex. The man was a chancellor from The Australian Embassy of Cairo and was at a visit in Beirut to let off some steam.
He praised Lebanon for being so more Liberal then Egypt, when it came to sex and bragged about how he went down to the Corniche of Beirut and had sex with five Syrian workers. Here in Lebanon the term “Syrian worker” means a poor man from Syria with no legal papers that is doing all the shit job for the Lebanese people. In Cairo the poor people that he had sex with had to be bought in a much discreet manner.
-It’s somehow through these gay men on the embassies that we have start to have a little liberation to be able to open bar and clubs that is oriented towards the gay crowd. My friend said.
Now, when the rainbow flag is the new black for the neo-liberals, what does gay liberation means in a neo-liberal world with demands for open markets? Now when gay is THE measuring tool for the west, to stamp a country in the global south “western approved”, what is the demands?
Israel is getting the trend and is now promoting itself as “the only safe place for gay people in the Middle East”. With this approved stamp from the west, Israel is pink washing the not only the crimes and the occupation towards the Palestinian but hides the fact that Israel is a very religious, homophobic and patriarchal society. Benjamin Peim wrote an article in The Jerusalem Post, that the hunt for the pink dollars has positioned Beirut and Tel-Aviv in a battle of becoming THE hotspot for gays in the Middle East.
If this is accurate, what happens to the people actually living here when the white man once again is demanding an open market and to have access to this region? What happens when gay life becomes a gated society for a white man to indulge himself with sex from the hot, horny and desperate Arabs? Is liberation meant for the poor Syrian worker or the Palestinian refugee kid that is working extra to let white men, on holiday, blowing their cocks at the corniche?
I’m willing to get rid of all symbols, if a rainbow flag is going from being a symbol for protection to be a symbol for a state to hide it´s crimes done to its population.
Upplagd av a of arabia kl. 05:21